This has been a fun month as an indie author. I've seen one of my freebies, Deeper Baby!, make it to number 6 on the free erotica list (several others are in the Top 100). I also received a number of good reviews on Amazon this month, which is helping all of my books.

Best Sellers In the Month of April: (still asking you not to laugh at my numbers)

During the month of April I added 3 new novelettes and 4 more of my books went FREE on Amazon (of the 22 titles I have on Amazon, 10 are free).

Quick Recap of Past Months:

298 books purchased
12,386 freebies downloaded
What I am Learning:
* Note: Amazon allows for returns of eBooks. They are the only online bookstore I know of that does this. I noticed a big difference this month. Boy Toys which has done well previous months had 13 returns versus 4 in March. (Same book and I even had more sells last month). I will never know why they were returned - no one left reviews, but it was a significant jump. In total, 58 paid books were returned in April as opposed to 12 in March.


I will update you next month to see how May pans out. I will say this, if your heart is to have your work published this is the perfect time for Indie Authors. It's a ton of fun!
Posted by Red Phoenix at 7:46 AM 2 comments:


The Vampire that has been swimming in my head since I was a teenager has finally been released in the novelette titled Varick: The Reluctant. He is a hero (of sorts) who struggles to survive in world he wants nothing to do with.

The power of his redemptive love for Aleshia will end up changing the course of both their unnatural lives.

The dark, sexy world Varick Roth is born into is ruthless and harsh - vampires are lethal creatures. He resists the violent culture, but his is a lonely existence until Aleshia enters the darkness. Her youthful passion stirs feelings he once thought lost. In a fit of rage, his sire condemns her to a vampiric hell only Varick’s love can overcome.

Luther - both sire and enemy, turns Varick at the young age of nineteen. Varick’s sense of justice sets him apart from his new race, forcing him to live alone. Along comes Aleshia, a young human ready to end it all. Against her wishes, he saves her life by condemning her to his living hell. Varick’s depth of love for her is tested the day Luther returns to exact his terrible revenge.

Adult Reading Material (18+) This book is for mature audiences only and contains sexually explicit content.
Posted by Red Phoenix at 10:24 AM 4 comments: 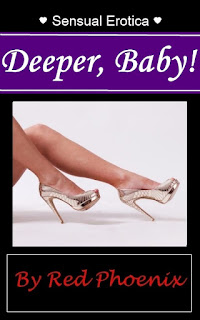 Most of us have moved on from a failed love affair into the arms of someone who isn’t "the one". It is commonly referred to as rebounding.

That is the premise of Deeper Baby. Troy and Amy have moved on, but they keep looking back at the one that got away.

A sensual two part "quickie" about partner swapping and a little menage a trois (approx. 7150 words) Perfect for mobile eReaders - have access to a quickie whenever you need a fix.

On the same night...

1) Troy and Kate go to a swingers bar. She convinces him that it'll be fun to switch partners, but Kate secretly wants to take two men at the same time. Troy is unaware he is part of the night's entertainment. 2) Amy cannot pass up the chance for a ménage a trois at the dance club. Mirrors, brute strength, and a little creativity make for an interesting night of pleasure for all three.

Part One is all about Troy. His kinky girlfriend is eager for attention. Troy doesn't realize Kate has invited him to the swingers bar so she can fulfill her fantasy of being taken by two men at the same time. Troy is in for a rude awakening when he finds out he is supposed to be part of the entertainment that evening.

Posted by Red Phoenix at 3:43 PM No comments:

Varick: Not Your Typical Vampire Erotica

I have had this idea for a vampire story that has been swimming in my head since I was a teenager. The character of Varick has danced in my mind for years and recently asked for his voice to be heard. He is NOT your typical vampire - and um, he doesn't sparkle either. I imagine vampires as dangerous creatures, so even the hero must kill to survive.

If you read my writing, you know I am not normally a paranormal girl. I am posting the first chapter to see what people think. The next chapter is his back story, but I wanted to start off with a bang so to speak. ;)

Yay? Nay? Would love to hear your thoughts.

Play With Me at Noon: A Satisfying Sexapade 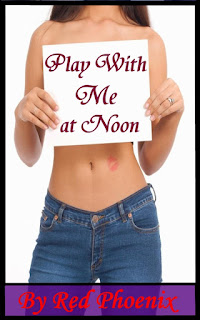 A Married Woman Indulges in Her Sexual Fantasies

Have you ever wondered what it would be like to enjoy the sexual favors of men you are attracted to but have never enjoyed? Tina is neglected by her husband and is hungry for the attention of five distinctly different men.

Description of Play With Me at Noon:

Tina needs to feel desirable again and invites five different men in five days to “play” with her - The Construction Worker, The Executive, The Virgin, The Biker, and The Kink. The sex is AMAZING, but what she really desires is to reconnect with her husband. The twist at the end will renew your faith that true love can conquer all.

Join Tina on her five-day sexapade in this steamy novelette devoted to finding a path back to the one you love.

Tina is in a sexless marriage. Although she loves her workaholic husband, she longs to feel treasured by him. Out of desperation, she decides to fulfill her fantasies by inviting five different men in five days to “play” with her. Each sexual encounter is steamier than the next, but her husband’s love is what she longs for most. Can their marriage survive the day he finally confronts her?

Adult Reading Material (18+) This book is for mature audiences only and contains sexually explicit content.

Delicious! Tina loves her husband but has an interesting way of showing it. The men not only have no qualms about screwing a married woman, but thoroughly enjoy "taking another man's prize". Good read!
- DL Davito
(review of free book)
Review by: Ruby Jewlz on April 07, 2012 :

It WAS amazing! :P
I had my suspicions from the beginning and I was right as to what the twist was. Regardless, a great little story that's given me a few ideas... :D
Wish I could give it a few more stars!
(review of free book)
Review by: Bianka Aguilar on April 06, 2012 : (no rating)
AMAZING
(review of free book)
Review by: Yenny D. on April 05, 2012 :

Very enjoyable and hot!! Love the twist in the story :D
Posted by Red Phoenix at 8:33 AM No comments: 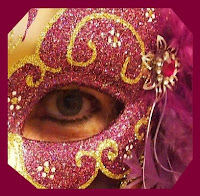 The Secret Behind the Problem

Nothing is worse than getting into a hot and heavy scene and then stopping cold because of a misspelled word or a confusing phrase.


I am an indie author who goes under an alias to write my erotica. Why? People who know me may not appreciate my craft. :) But it leaves me in a pickle. I can't ask friends to edit my work and being a new indie author I am not making enough money yet to pay for a professional.

Why Are There Errors?

I am not an editor at heart. I desperately want my books to be free of errors, but I have reread them so many times that I can't see the mistakes. My mind knows what I meant write and automatically replaces my mistakes. They look clean to me when I publish.

I use Microsoft Word to go through and check for errors, but we all know that it still misses obvious mistakes and sometimes the "fixes" are completely wrong.

It is my full intention to pay for an editor to go through all my work once I make enough money. It is extremely important to me.

The Reason My Indie Books Are Cheap

A Love That Saves

Do You Believe in a Love That Saves?

When In 9 Days came to me, I was struck by the all-encompassing love that Tesse had for the new boy in school. A love deep enough to reach down into the pain he was carrying and free him from it.

In the story, And Then He Saved Me, the same theme appears. Lauren is suffering so deeply that she tries to kill herself. Cyril stops her from succeeding and his love has the power to transfer her pain into hope.

In both cases, I felt as if the characters were demanding I tell their story. It was an honor to write about both couples.

I suppose I am a hopeless romantic because I firmly believe true love can conquer all.

Posted by Red Phoenix at 6:05 PM No comments:

Email ThisBlogThis!Share to TwitterShare to FacebookShare to Pinterest
Labels: 9 Days and Counting, and then he saved me, coming of age story, erotica for women, erotica romance, erotica short, erotica with story, first love, In 9 Days, older man romance, red phoenix

Brie Learns to Obey - A Story of Submission 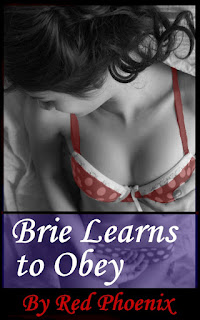 After getting such a positive response from fans concerning my book, Brie's First Day of Submissive Training, I decided to delve into Brie's second day at the center. In Brie Learns to Obey, the young woman gets acquainted with the other girls in her class. More importantly, she comes to know the feel of Sir's sensual touch.

Brie’s second day of submissive training tests her level of obedience and brings a sexy new Dom into her life, but she risks it all to stand up for one of the other girls. Fortunately, the proper punishment is handed out and her evening doesn’t end after training is over. Oh no! Brie enjoys a private session with Sir who has a little surprise waiting for her in his office.

This naughty novelette, sequel to Brie’s First Day of Submissive Training, continues the adventures of Brie as she learns what it takes to be a true submissive.

Brie is anxious for her second day of training to begin. Sir has promised to take her in the most intimate of ways. As the night progresses, Brie becomes friends with the other girls in her class. Unfortunately, one girl will betray the group, one will be punished, and another will leave the program for good. Brie’s dogged obedience grants her the privilege of Sir’s coveted touch, but she finds there is one command she cannot obey.

Adult Reading Material (18+) This book is for mature audiences only and contains sexually explicit content.

So well written -- a rarity in this genre. Personalities come through strongly, and theerotic content is so hot. I want Bree. Now! More, please.
(review of free book)
Review by: Angela Smith on April 01, 2012 : 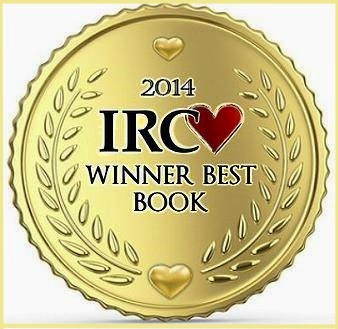 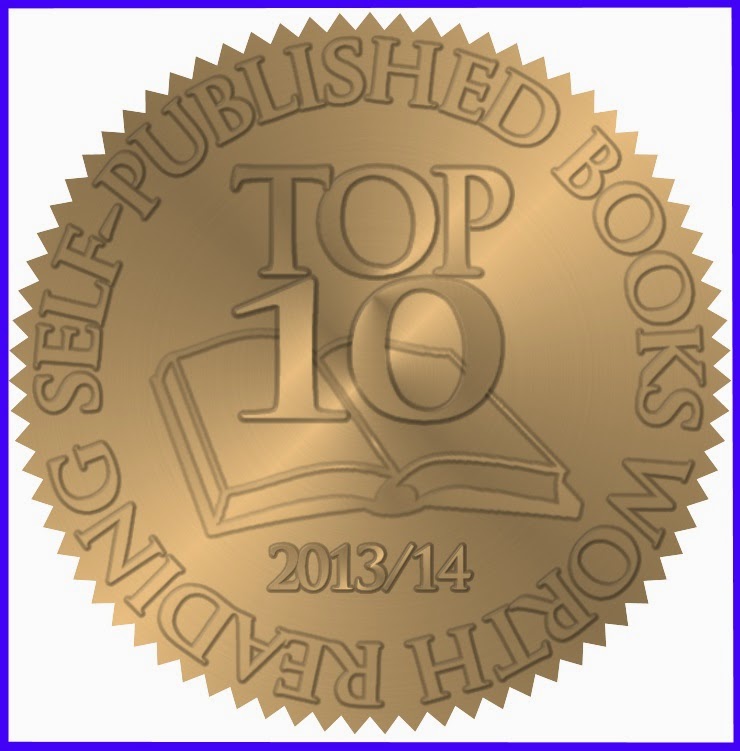 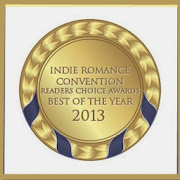